Jose Cancela is President and General Manager of Telemundo Puerto Rico / WKAQ and NBC Puerto Rico. He is responsible for directly managing and executing the strategic planning, revenue generation, branding and corporate image for the Telemundo and NBC stations that serve viewers in Puerto Rico. 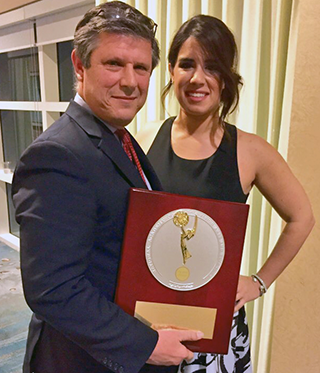 In his current role, Cancela has overseen a significant expansion in the station’s local news operations, thanks to an investment made by NBCUniversal in its Telemundo stations to better serve Spanish-language communities, which includes hiring additional journalists and adding more local newscasts. The station produces about 40 hours of local news and entertainment programming each week, including live, local newscasts Monday through Sunday as well as the popular entertainment show, Raymond y sus amigos, among others.

Other boosts in local news include the launch of a new consumer investigative unit, Telemundo Responde, charged with fighting for consumers that has already recovered over $1.4 million for consumers across eight markets, including Puerto Rico.

Before moving to Puerto Rico, Cancela served as the President and General Manager of Telemundo 52 Los Angeles / KVEA, where he re-organized and aligned the station’s news and sales departments and elevated KVEA’s community presence.

Earlier, Cancela served as President of Hispanic USA Inc., a Hispanic market firm based in Miami and as President of Radio Unica. From 1992 to 1998, he was the President and Chief Operating Officer for the Telemundo Station Group.